Use Arduino Uno as ISP to burn Bootloader on ATmega328

This post show how to use Arduino Uno as "Arduino as ISP", to burn bootloader on a empty ATmega328, marked ATMEGA328P-PU. 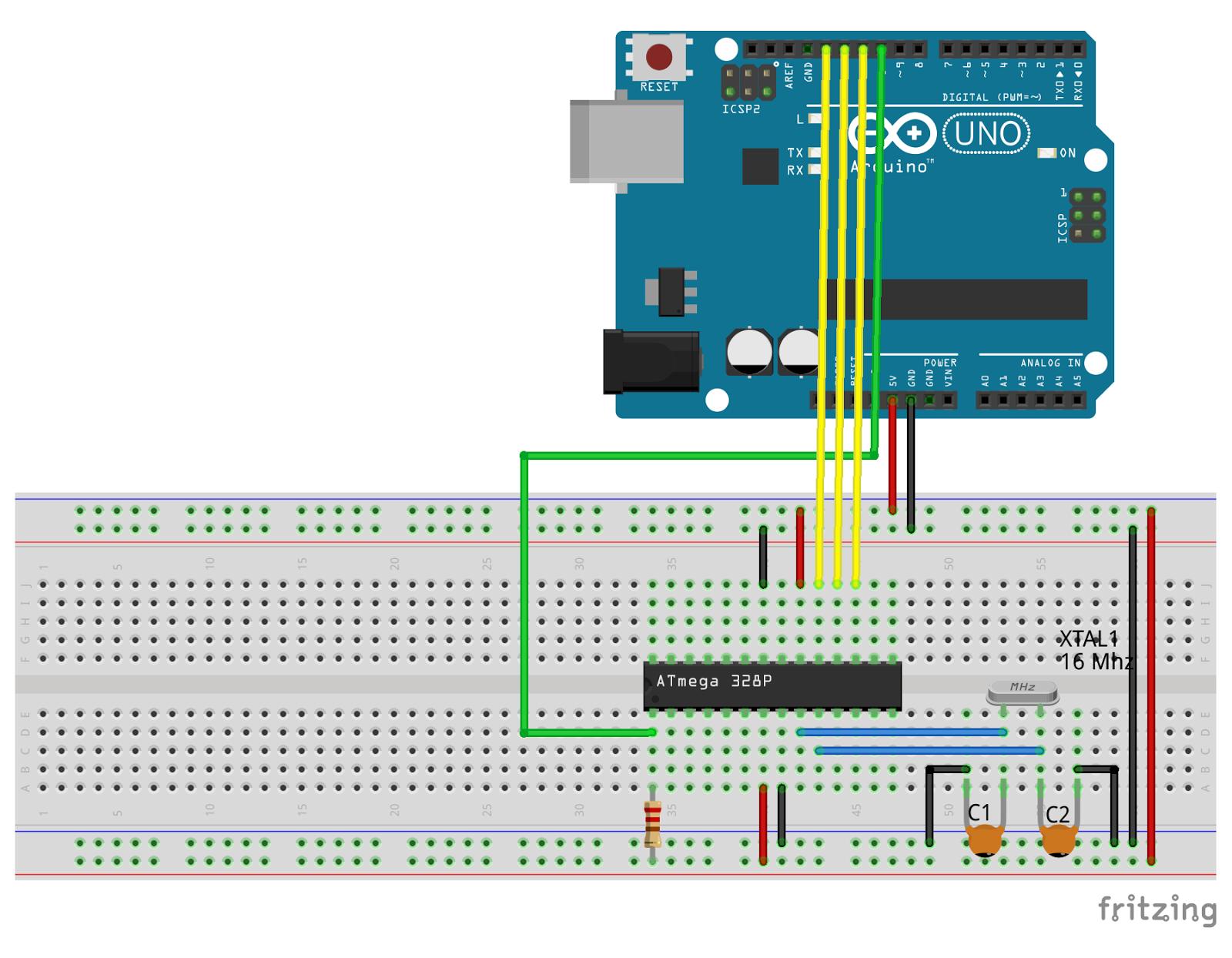 Verify:
- Disconnect USB cable between Arduino Uno and yout PC.
- Replace the ATmega328 controller on your Arduino Uno with the new burnt ATmega328.
- Connect to PC again and try any example, it should be work as your original Arduino Uno.

(I)
I have one chance failed with the error:

This report would have more information with
"Show verbose output during compilation"
enabled in File > Preferences.

It is caused by bad contact, solved by slightly fixing the wires.

(II)
Mention in the tutorial "Using an Arduino as an AVR ISP (In-System Programmer)": Note for the Arduino Uno: you'll need to add a 10 uF capacitor between reset and ground.

In my trial experience, I have no this capacitor added. 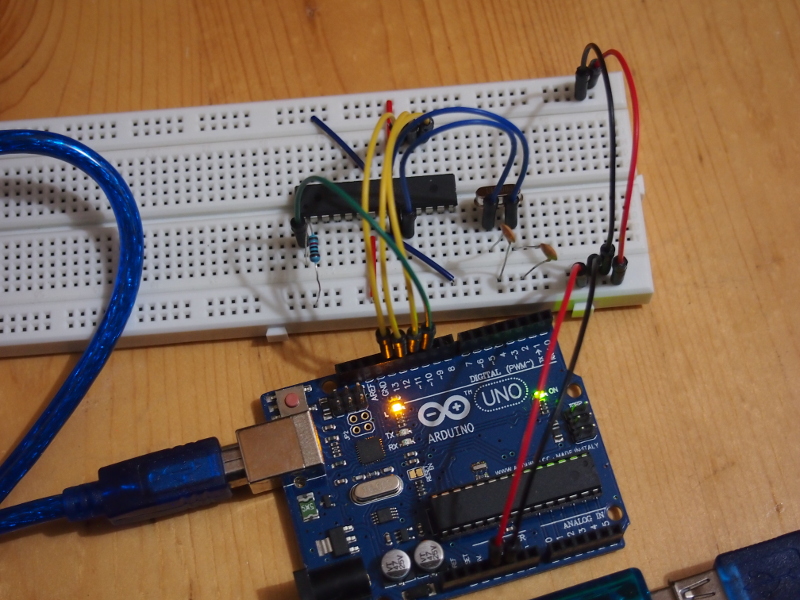