How the BB-8 Sphero Toy Works

Email ThisBlogThis!Share to TwitterShare to FacebookShare to Pinterest
label： misc

This video show hoe to build a real working Starwars BB8 droid by only using household materials and Arduino! (No 3D Printers! No CNCs! No Mills!)

Email ThisBlogThis!Share to TwitterShare to FacebookShare to Pinterest
label： DIY 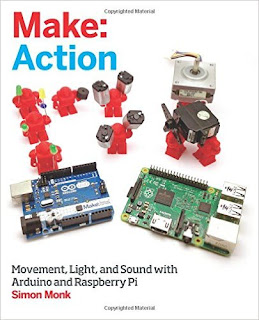 Beginning with the basics and moving gradually to greater challenges, this book takes you step-by-step through experiments and projects that show you how to make your Arduino or Raspberry Pi create and control movement, light, and sound. In other words: action!

The Arduino is a simple microcontroller with an easy-to-learn programming environment, while the Raspberry Pi is a tiny Linux-based computer. This book clearly explains the differences between the Arduino and Raspberry Pi, when to use them, and to which purposes each are best suited.

Using these widely available and inexpensive platforms, you'll learn to control LEDs, motors of various types, solenoids, AC (alternating current) devices, heaters, coolers, displays, and sound. You'll even discover how to monitor and control these devices over the Internet. Working with solderless breadboards, you'll get up and running quickly, learning how to make projects that are as fun as they are informative. In Make: Action, you'll learn to:

Windows Remote Arduino is an open-source Windows library that allows any Windows 10 device – be it a Windows Phone, Surface, PC, or even Raspberry Pi 2 – to remotely control an Arduino. The library enables developers to integrate their Arduino sensors into their Windows projects, as well as offload tasks too heavy or complicated for the Arduino to Windows. 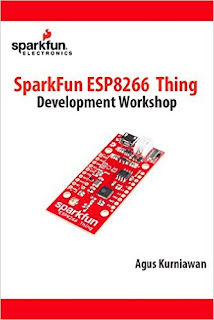 Go to http://www.windowsondevices.com to learn more and join the community of developers building an internet of your things.