Internet of Things with the Arduino Yún 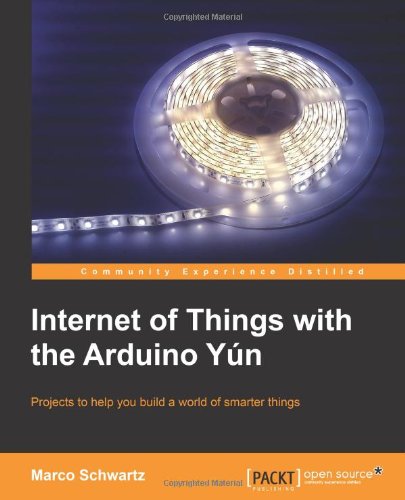 Internet of Things with the Arduino Yún

Internet of Things (IoT) is currently a growing trend in the technology space, and the Arduino Yun is the perfect board to get started with building IoT projects. This book covers many of the powerful features of the Arduino Yun via four exciting projects. The first project is all about sending weather measurements data to a Google Docs spreadsheet for easy online visualization. The second one is about building an energy consumption meter and controlling devices remotely. The third focuses on the field of security, by helping you to build a camera that is triggered by motion and that uploads pictures automatically to Dropbox. Finally, the last project is in relation with the field of robotics, and focuses on building a robot that is controlled via Wi-Fi.

The main focus of this book is to teach everything you need to know to build complex projects using the Arduino Yun, organized around the fields of home automation, security, and robotics.

What you will learn from this book
Approach

All projects are explained in a step-by-step manner, always starting with the assembly of the hardware and followed by basic tests of every hardware component. You will then learn how to build exciting applications in a practical manner based on the details of the projects.