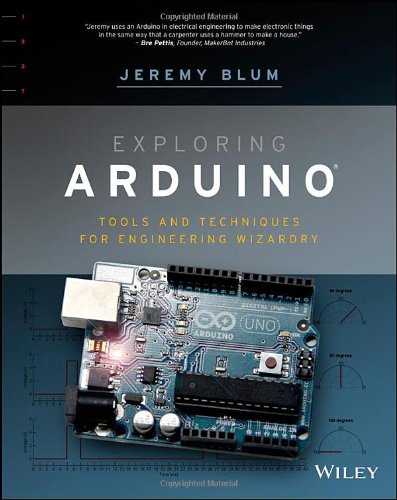 Learn to easily build gadgets, gizmos, robots, and more using Arduino
Written by Arduino expert Jeremy Blum, this unique book uses the popular Arduino microcontroller platform as an instrument to teach you about topics in electrical engineering, programming, and human-computer interaction. Whether you're a budding hobbyist or an engineer, you'll benefit from the perfectly paced lessons that walk you through useful, artistic, and educational exercises that gradually get more advanced. In addition to specific projects, the book shares best practices in programming and design that you can apply to your own projects. Code snippets and schematics will serve as a useful reference for future projects even after you've mastered all the topics in the book.
Exploring Arduino takes you on an adventure and provides you with exclusive access to materials not found anywhere else!